Met Gala. The one day of the year celebs are free to go full Hunger Games on us: They’re the flamboyantly fashioned residents of The Capitol. This year’s event is themed after Comme des Garçons founder Rei Kawakubo, so expect bright colours and bold, abstract shapes. All of it might be ridiculous, painful and almost totally unwearable for anyone in the real world. But all of our favorite celebs still managed to pull it off. The party signals the opening of the Costume Institute’s annual blockbuster show, and it is known for its celebrity and fashion hosts. This year, the exhibition is “Rei Kawakubo/Comme des Garçons: Art of the In-Between,” and the hosts are Anna Wintour (the Wizard of Oz for this particular event), Tom Brady, Gisele Bündchen, Katy Perry and Pharrell Williams; honorary chairwomen are Ms. Kawakubo and Caroline Kennedy, the former United States ambassador to Japan. If you haven’t see the updates, no worries! We got you covered! Here, we have summarized everything you need to know about the red carpet!

1. Kendall Jenner in her most daring outfit yet! 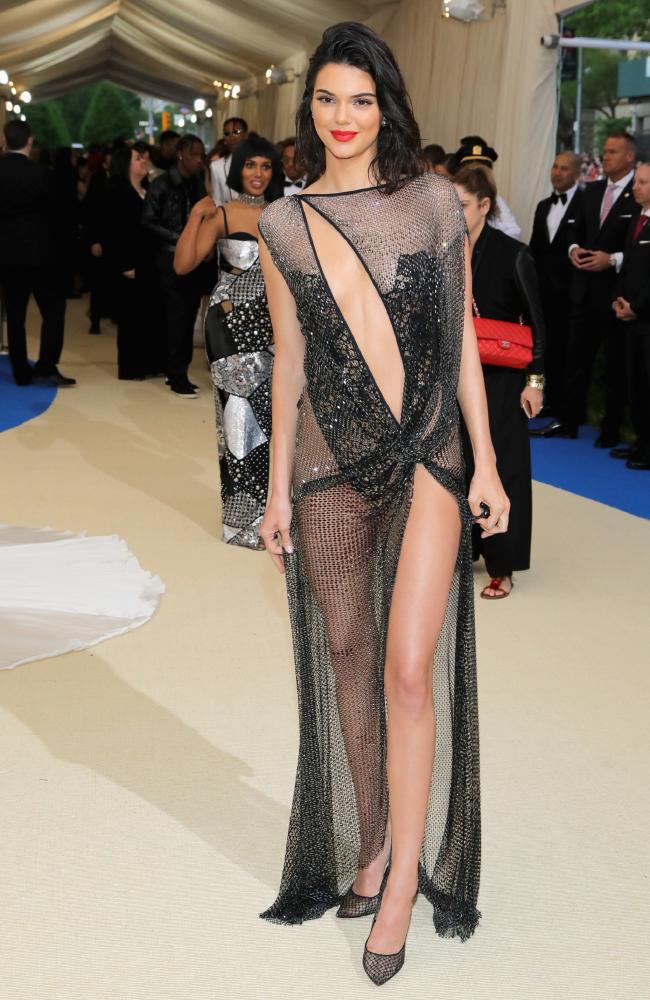 “It’s pretty sexual but, yeah, it’s cool. It’s like, it’s very like, I don’t know. I always like something that’s a little controversial so, that’s kind of that,” Kendall said.
Also, La Perla creative director Julia Haart said that Kendall’s entire gown is made from one piece of string. “It’s a very strong, very flexible, incredibly thin piece of nylon, and we’ve strung 85,000 crystals onto it,” Haart told Elle.

2. You can never go wrong with the classics! 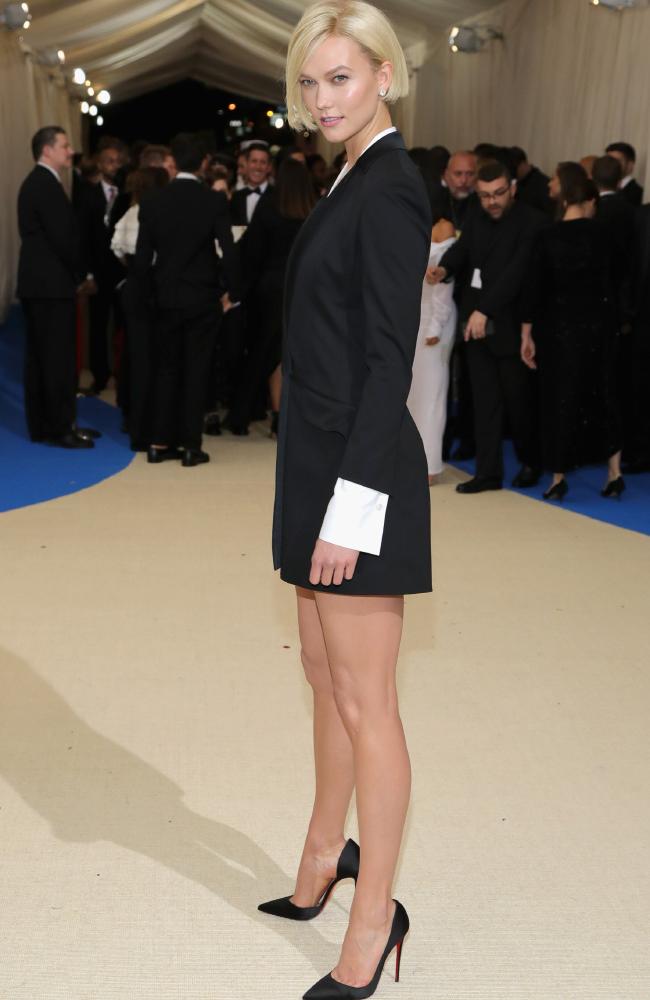 While other celebs are going crazy with their outfit, Karlie Kloss chose to back to basics with her sleek black mini-dress. With the simplicity of her dress spiced up with her charisma, everyone just cannot take their eyes of this girl next door! 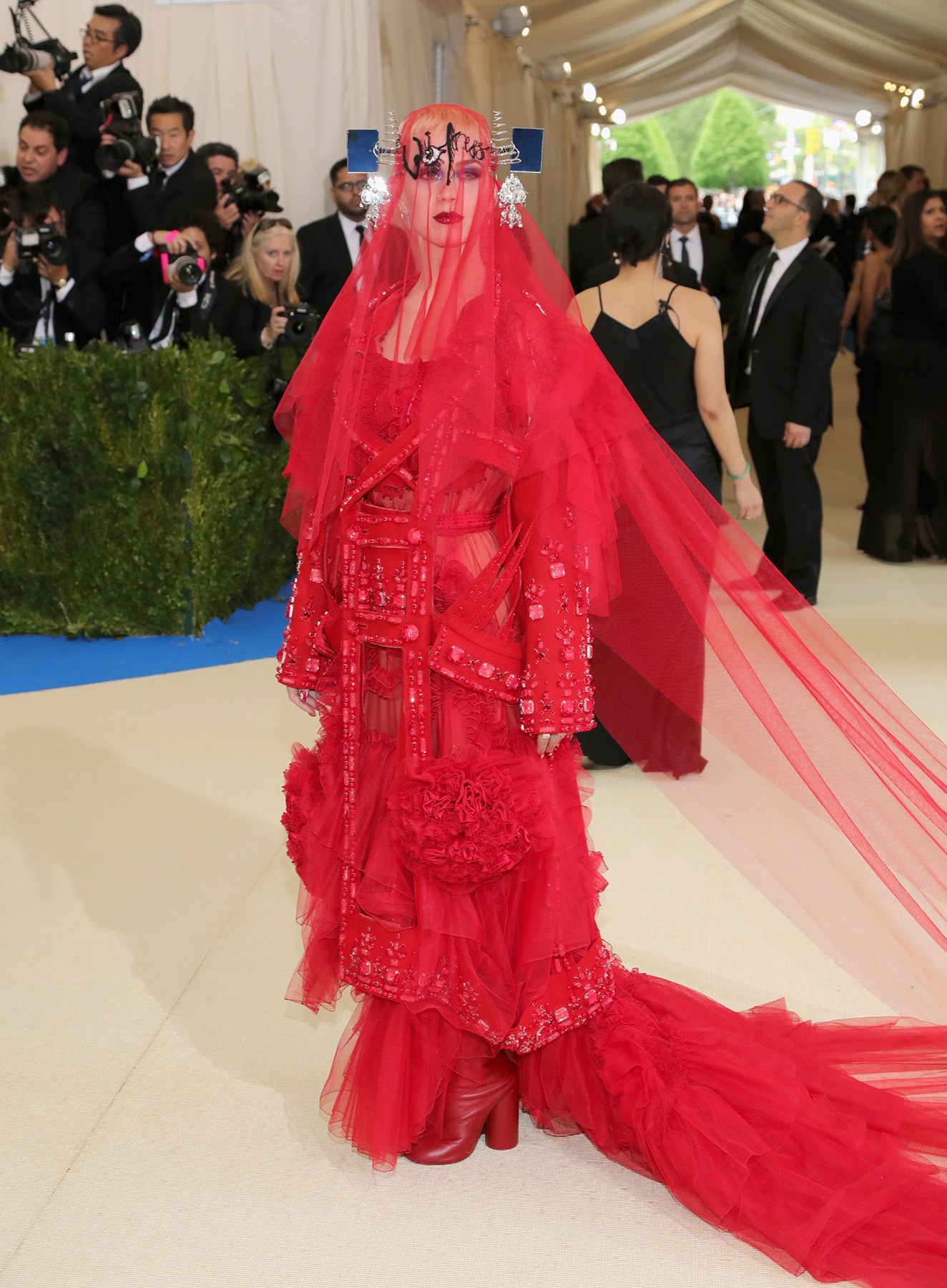 Katy Perry is back. Now with her sleek bob and blonde hair! Cooler than ever! While dress-wise, she was wearing a custom-made Maison Margiela Artisanal dress designed by John Galliano. What we think, many wore red, but no one is as daring as her. Also, that face veil! We cannot even read it! Yay or Nay? We let you to decide. 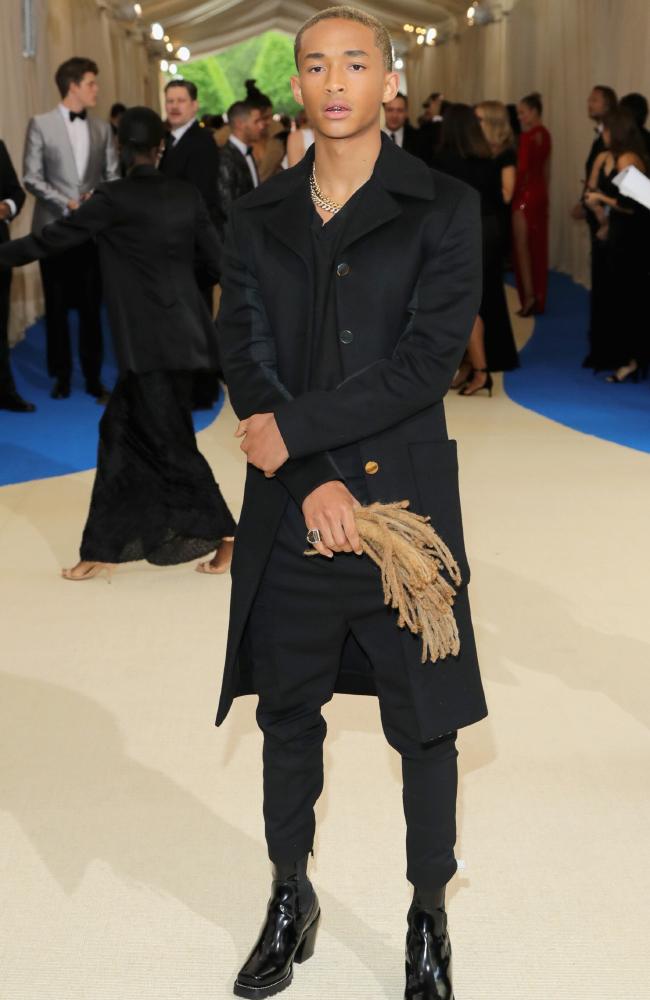 Not long after posting on his twitter that he is going to debut as a K-pop singer, Jaden Smith came toting to Met Gala this season’s must-have accessory: His own hair. Smith recently lopped off his dreadlocks, but apparently thought they deserved to come along and enjoy the party. We surely love your new hair, Jaden! Fresher than ever! 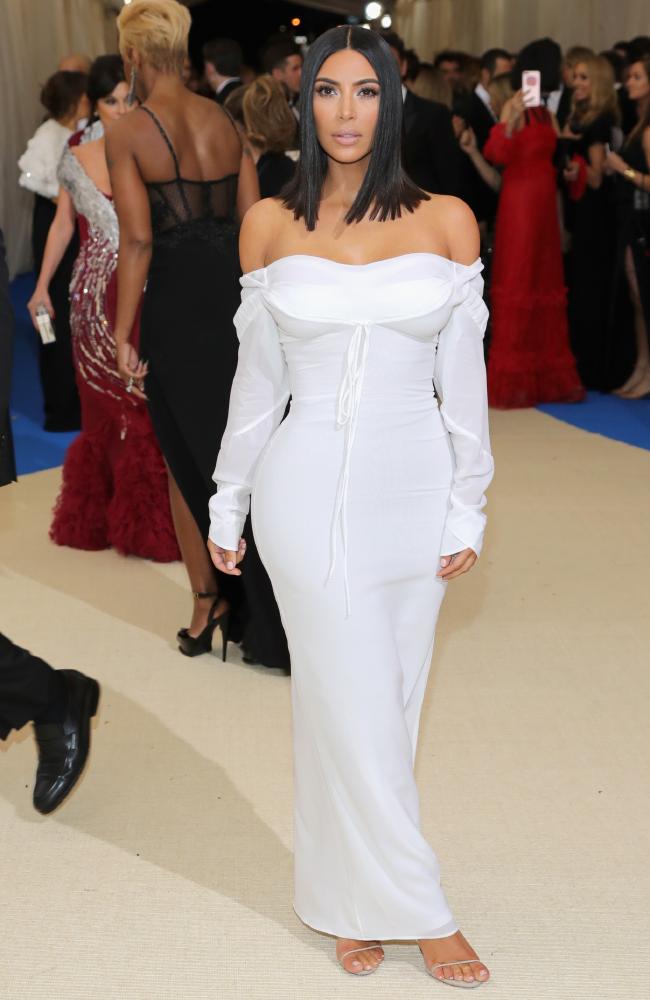 While Kendall was going all out and sexy, Kim was the exact opposite. She took our attention by wearing something that we could actually wear on our life this time. Her dress was super sleek, and made her look so much like an angel! And did you notice her new bob hair?

6. Army pattern is back thanks to Madonna! 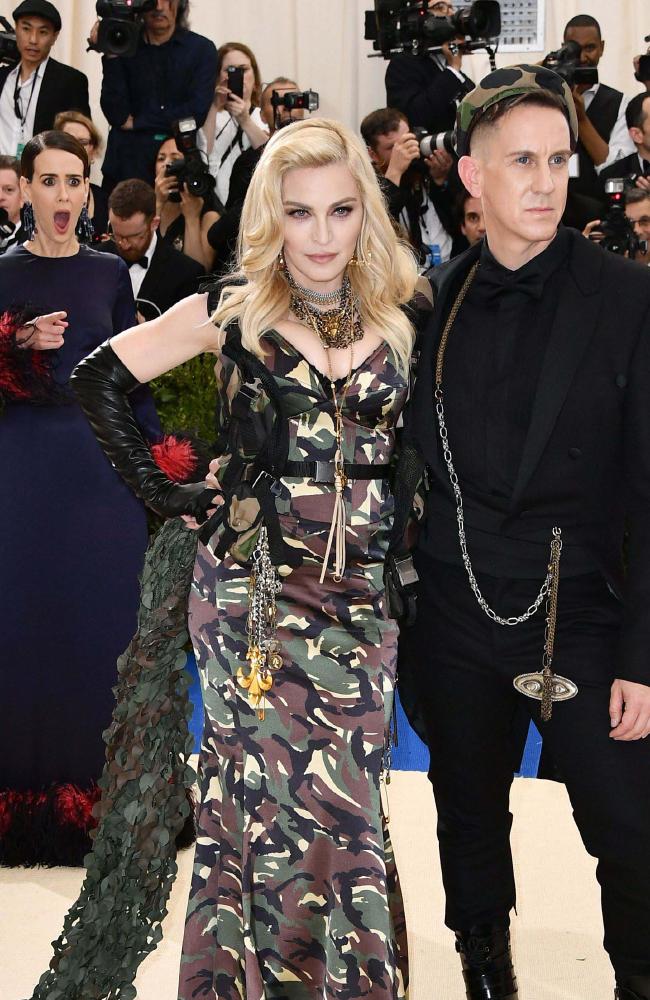 Arguably the most perfect, memorable photo of the night. As pop superstar Madonna and her fashion designer date Jeremy Scott pose for the wall of photographers in the foreground, there’s American Horror Story actress Sarah Paulson in the back, thinking… what exactly? ‘Bitch, it’s Madonna?’ Who knows, but the expression is priceless! Anyways, Madonna is looking super gorgeous in her full metal jacket. It is crazy, but not too crazy. Just perfect for the Met Gala! 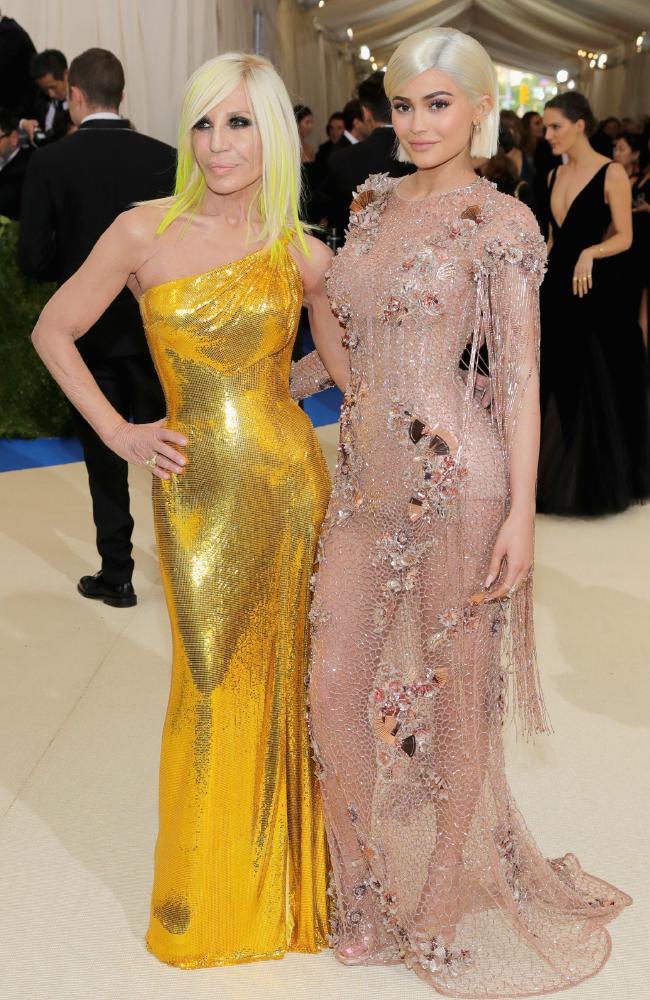 8. Love is in the air, Selena-The Weeknd! 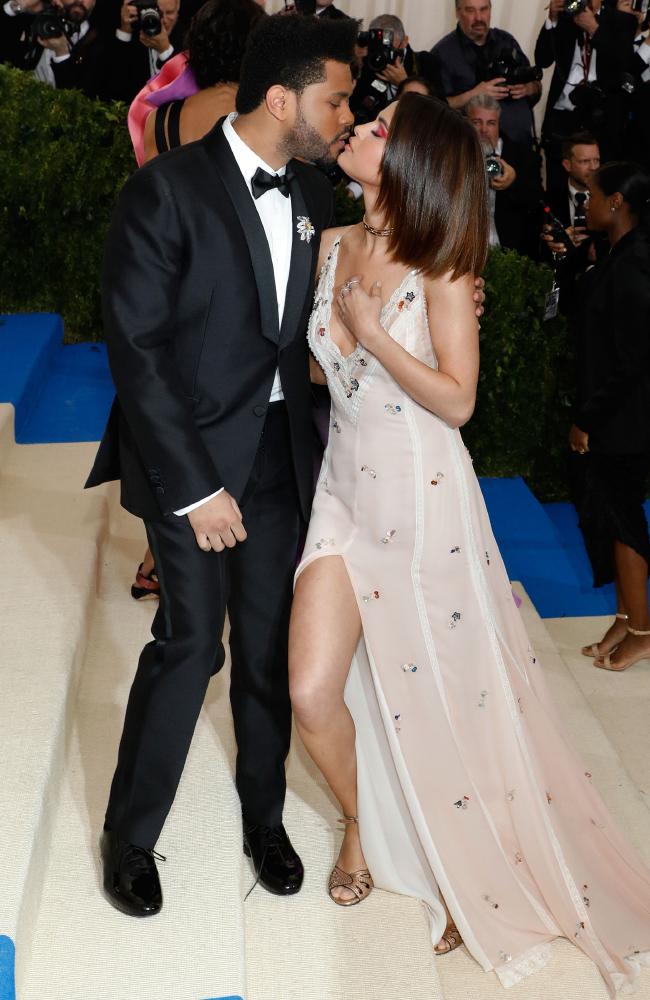 Completely ignoring his ex, The Weeknd appeared in Met Gala holding his current girlfriend, Selena Gomez, very dearly. They were spotted embracing and kissing each other in some shots, that made us automatically went, ‘awww…’! Both of them chose the classics, tux and long dress. Sweet! 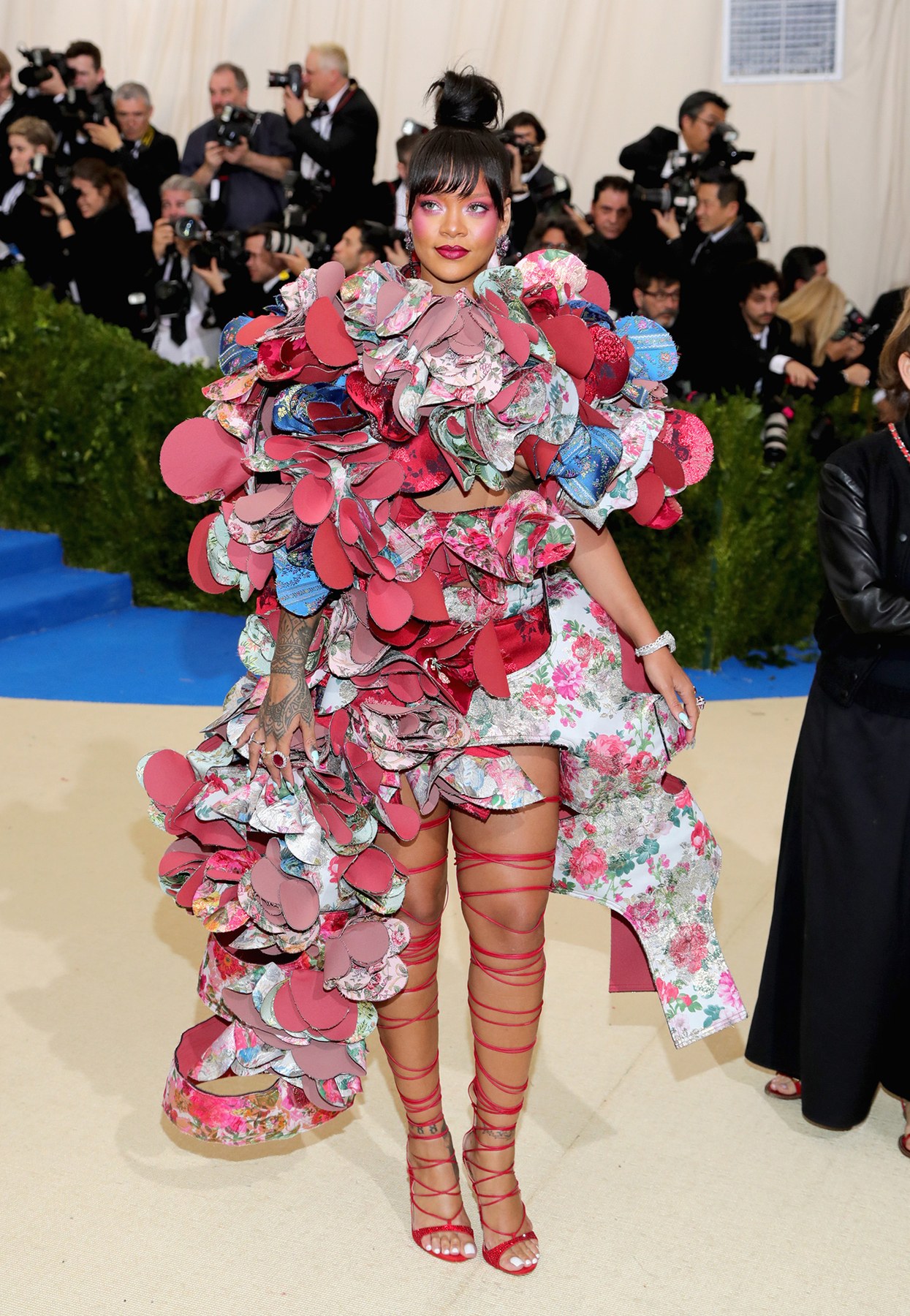 Take it literally! The ‘Umbrella’ singer is literally a walking flower! Rihanna is the definitive high fashion red carpet dresser of the twenty-teens. So of course she is wearing Comme des Garcons tonight. It’s a look straight from the autumn/winter 2016 catwalk, it’s completely eccentric, and delicate and pretty at the same time. ,,. just a little weird, maybe? 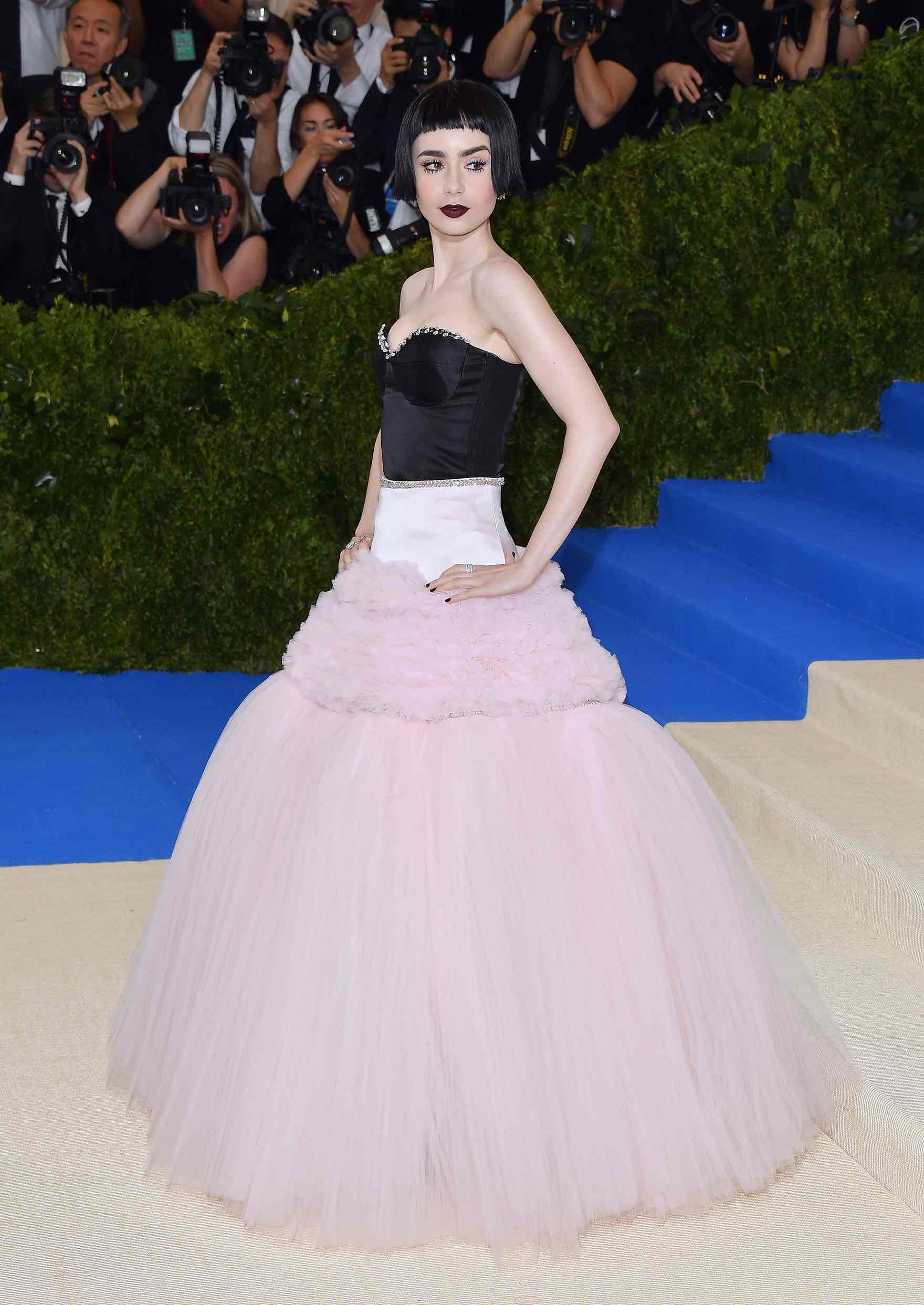 A clever look from Lily Collins. Examined objectively, the silhouette does not veer very far from her most comfortable Cinderella territory, it just has a dropped waist to bring a bit of what Rei Kawakubo might call “newness”. The blunt fringe and black hair are a straight reinterpretation of Rei’s actual haircut.