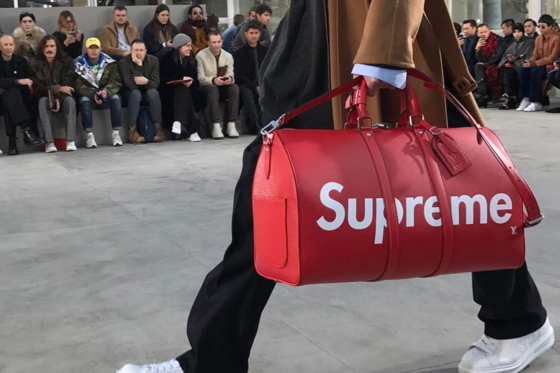 Just in case you found the one dark corner of the internet that wasn’t buzzing Thursday about the Louis Vuitton x Supreme collaboration, here’s what you need to know: THE SUPER COLLAB IS HERE!

It will be our favorite ever since Kenzo x H&M has been hitting the store. On January 4, you may recall the streetwear and high fashion communities collectively losing their minds when news was confirmed of the long rumored collaboration of two power brands, Louis Vuitton, is meeting with the ultimate New York based skateboard label, Supreme.
With many pictures circulating online – mostly on Instagram, we can see the Supreme x LV collab is of many goods. Starting from bandanas, gloves, belts, bags and make up purses, jersey inspired shirt, bomber jackets, sneakers, loafers, baseball hat, not to forget LV’s new iconic trunk phone case, and many more small accessories that will make your closet prettier!
The collection is mostly dominated with Supreme’s signature box, and Louis Vuitton’s iconic monogram pattern. While at the show – which was held in Paris, whose front row boasted David Beckham, Kate Moss, and many more the A-listers.
Kim Jones, the men’s artistic director of Louis Vuitton said, that they set the price range for this collection relatively low. They were setting this with the loyal Supreme customer in mind. But the product itself, is made by Vuitton, and it will be sold only in around 40 stores, WORLDWIDE, although they are also planning to open a few pop up stores as well.
Now, enough with the talking, let’s check out its collection, fresh from the runway! 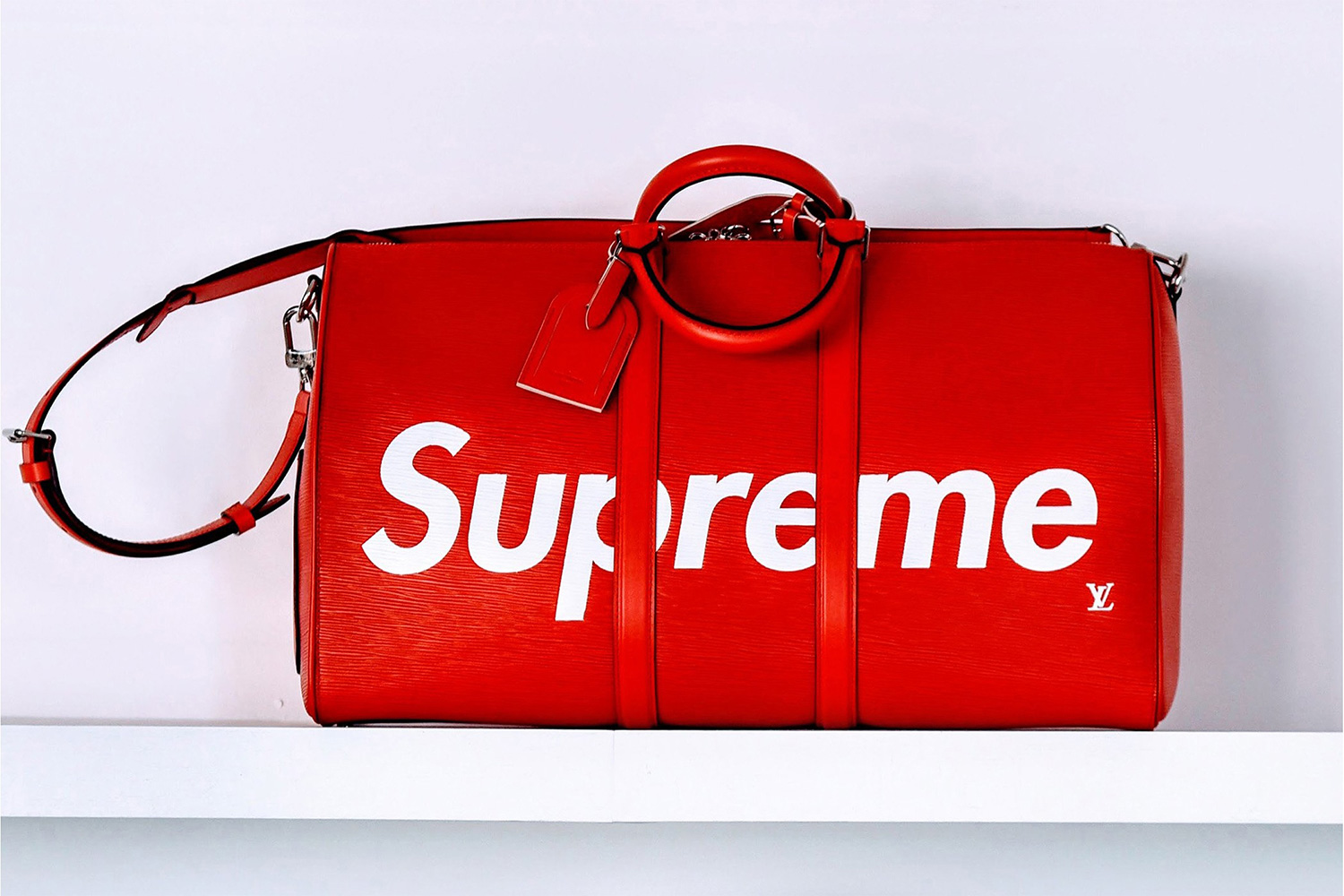 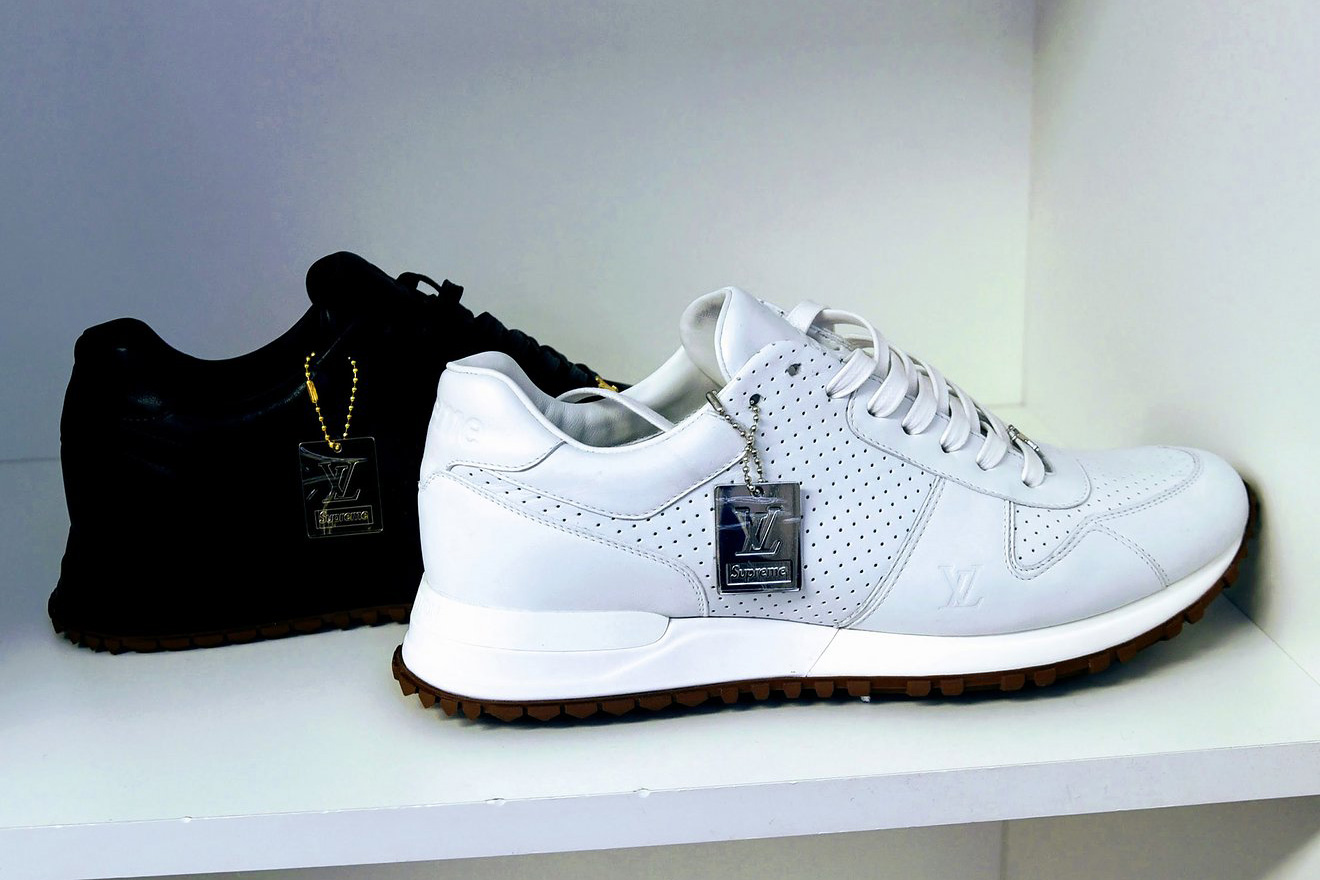 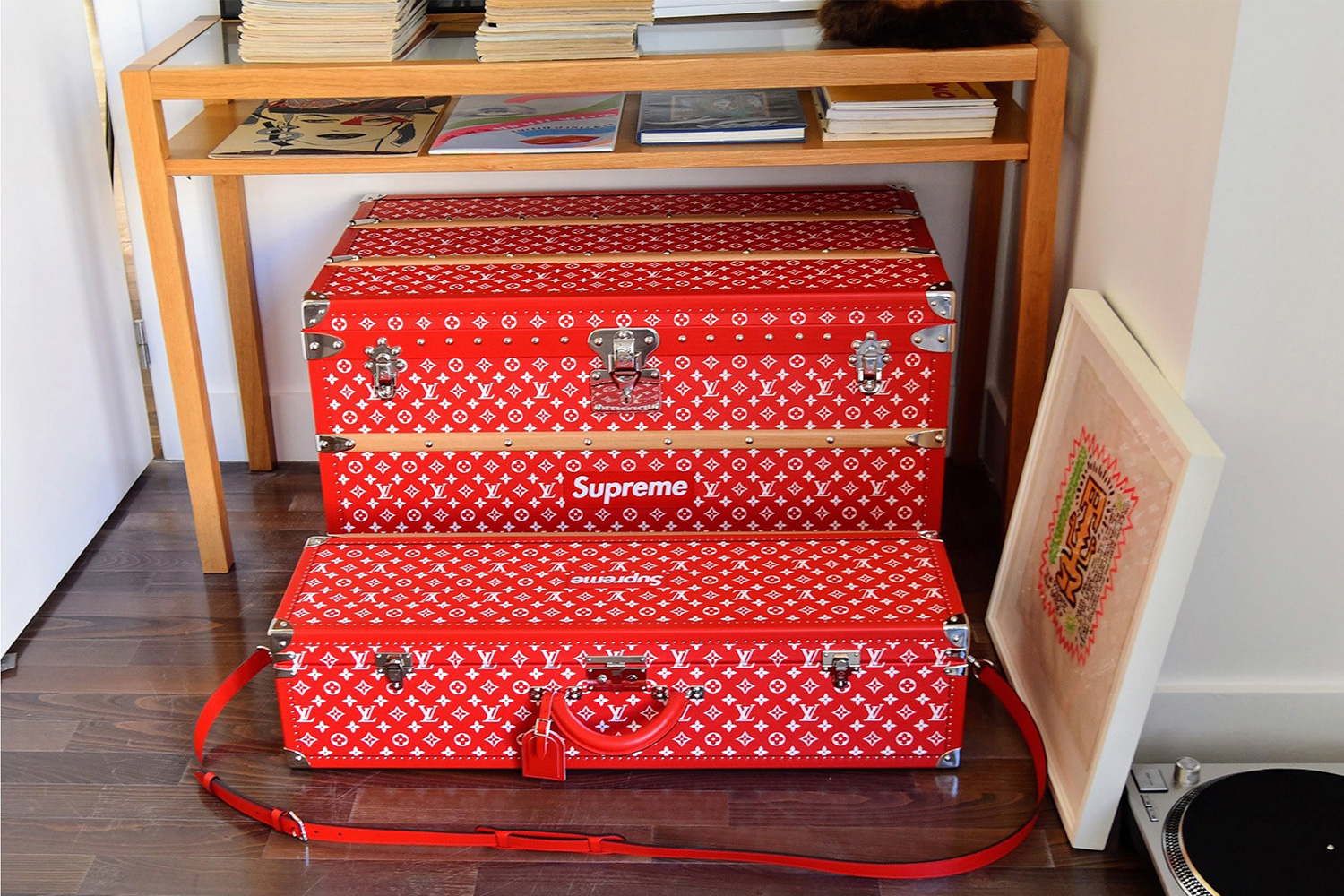 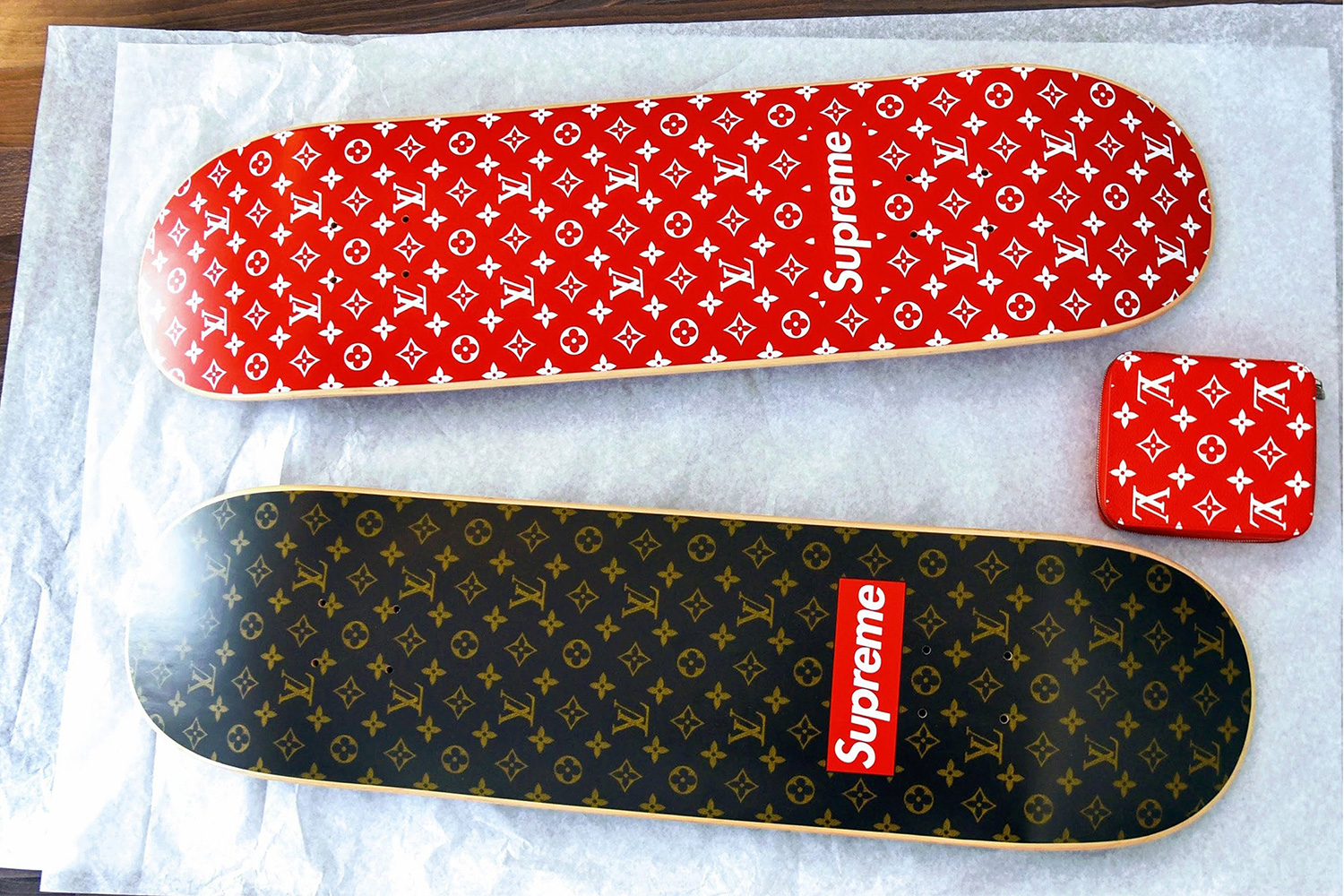 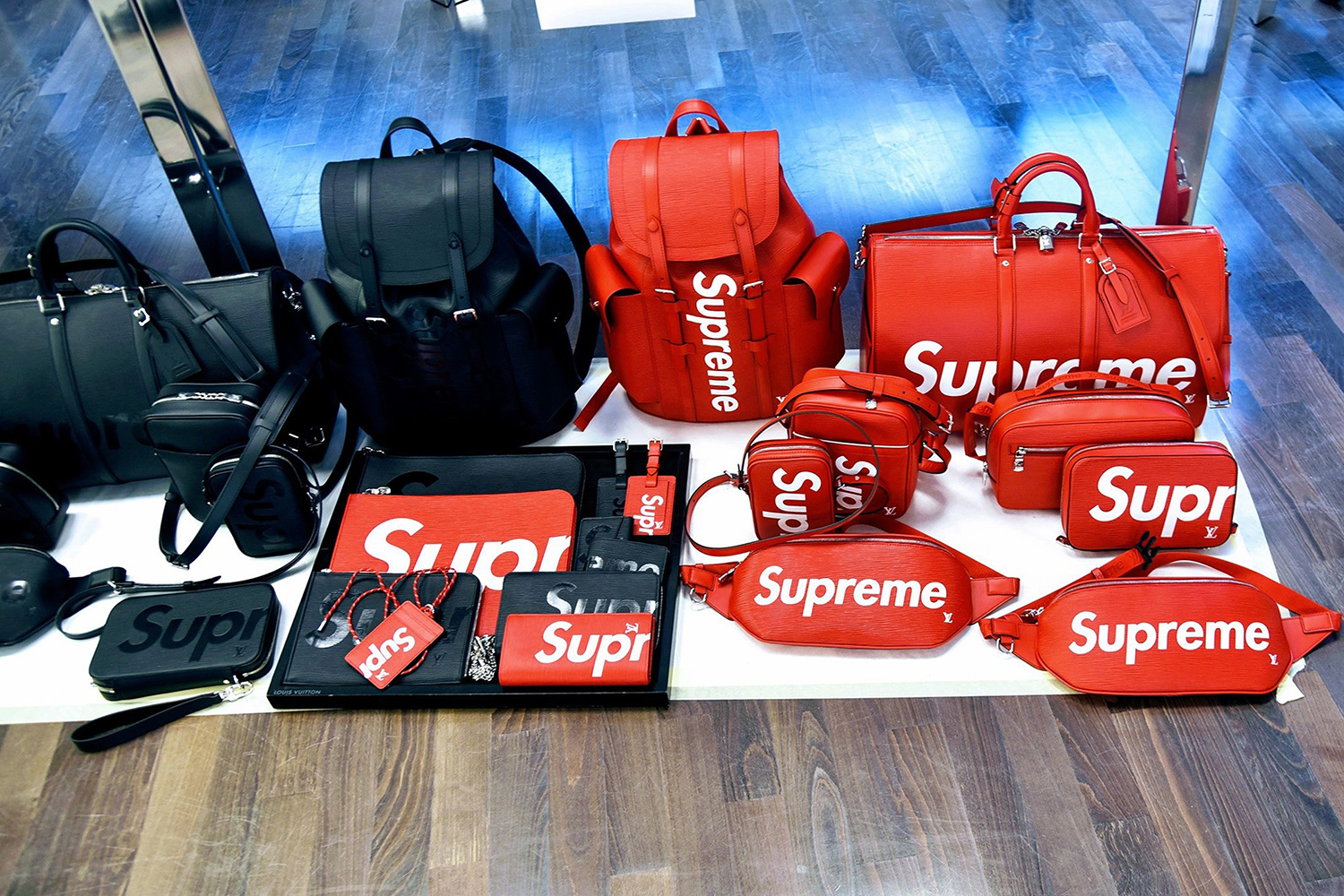 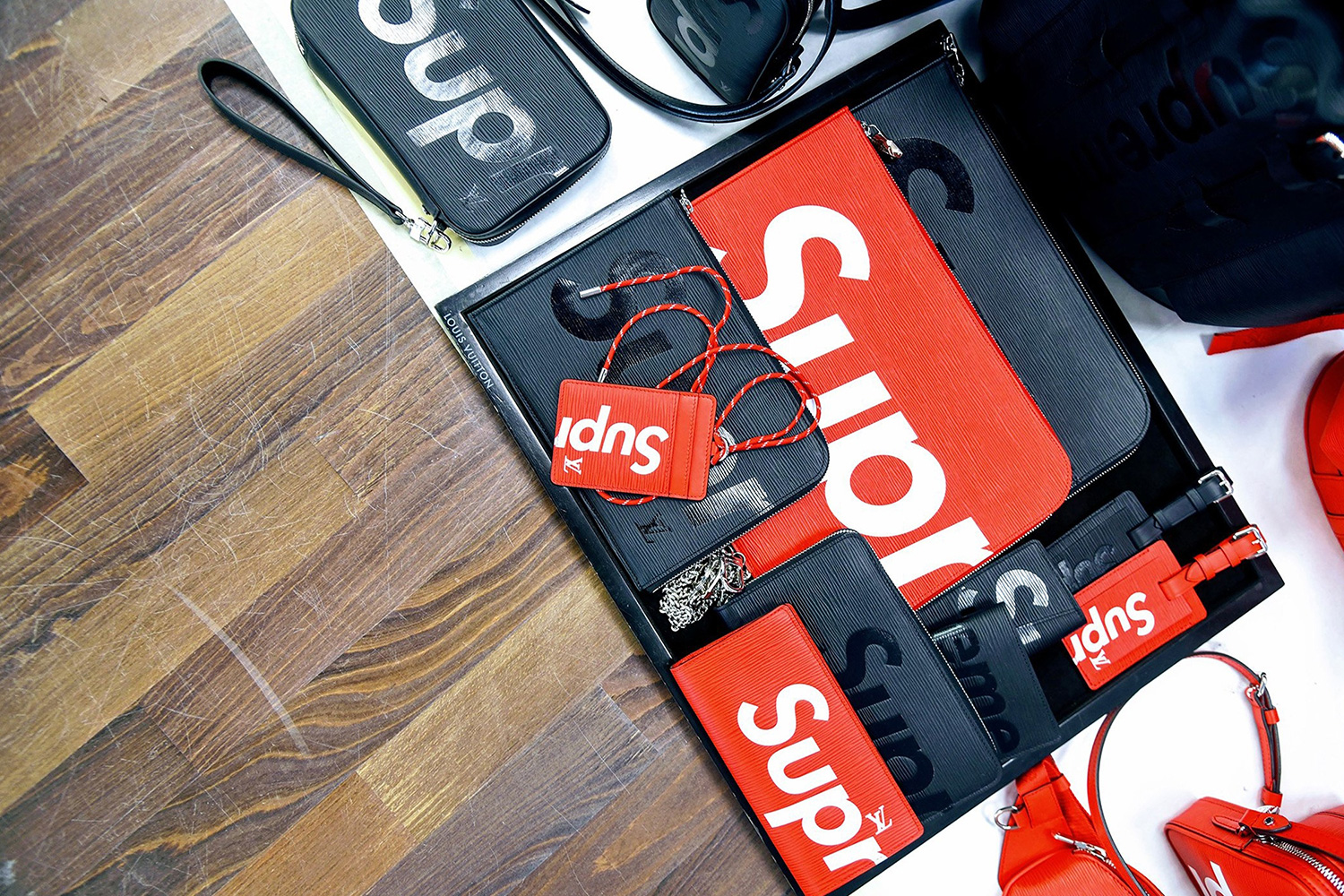