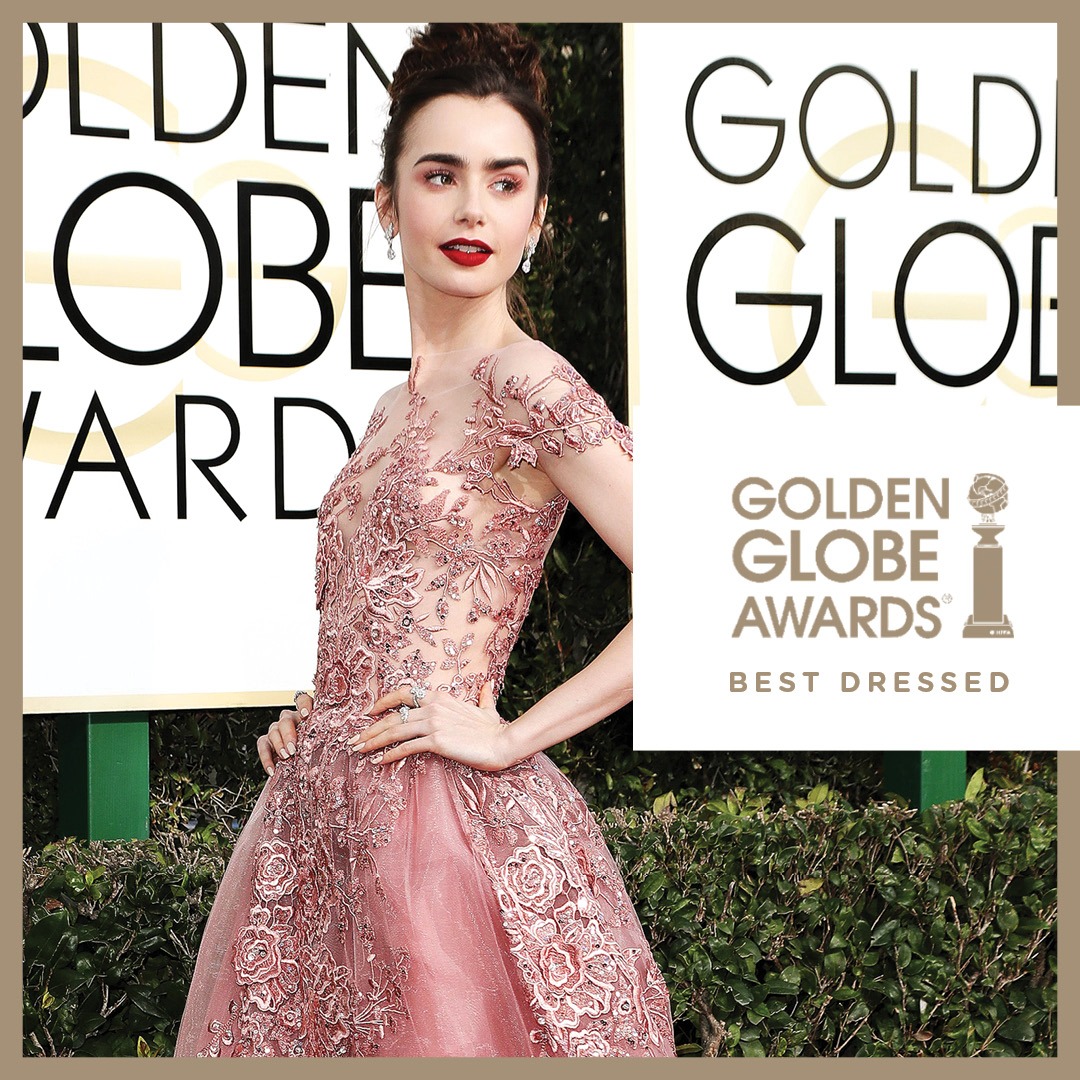 The 2017 season awards was kicked off with the Golden Globes. Besides of the winner, most people are also interested with the fashion their favorite actor and actress will be scoring. Despite forecasts of heavy rain, the weather gods were kind to the Globes. Celebrities breathed a sigh of relief knowing they could walk the red carpet at the Beverly Hills without getting their couture wet. It’s impossible not to stare at the actress’s black sequin gown. While the plunging square neckline packs some serious sexiness, the design remains balanced with elegance thanks to the long-sleeves and flowing skirt. And if you think she is glowing more than normal, that’s because she’s wearing more than 115 carats of diamonds courtesy of Harry Winston, including a pair of vintage 1963 three row diamond hoop earrings weighing in at 42.54-carats and a 68.57-carat bracelet.
2. Lily Collins in Zuhair Murad Let’s take a deep breath and stare at the gorgeousness of Lily Collins’ ultra-feminine, frilly dress kind of girl, so the fact that this dress is pink, lace and a full says a lot — it’s just such a princess red-carpet moment. The shade of pink matches perfectly with her skin tone, makeup, and red lip. Though it is very Disney-princess like, the dress still has an elegant and vintage vibe in it. It just looks so old-school Hollywood glamorous, which feels very of the moment.
3. Emma Stone in Valentino Haute Couture 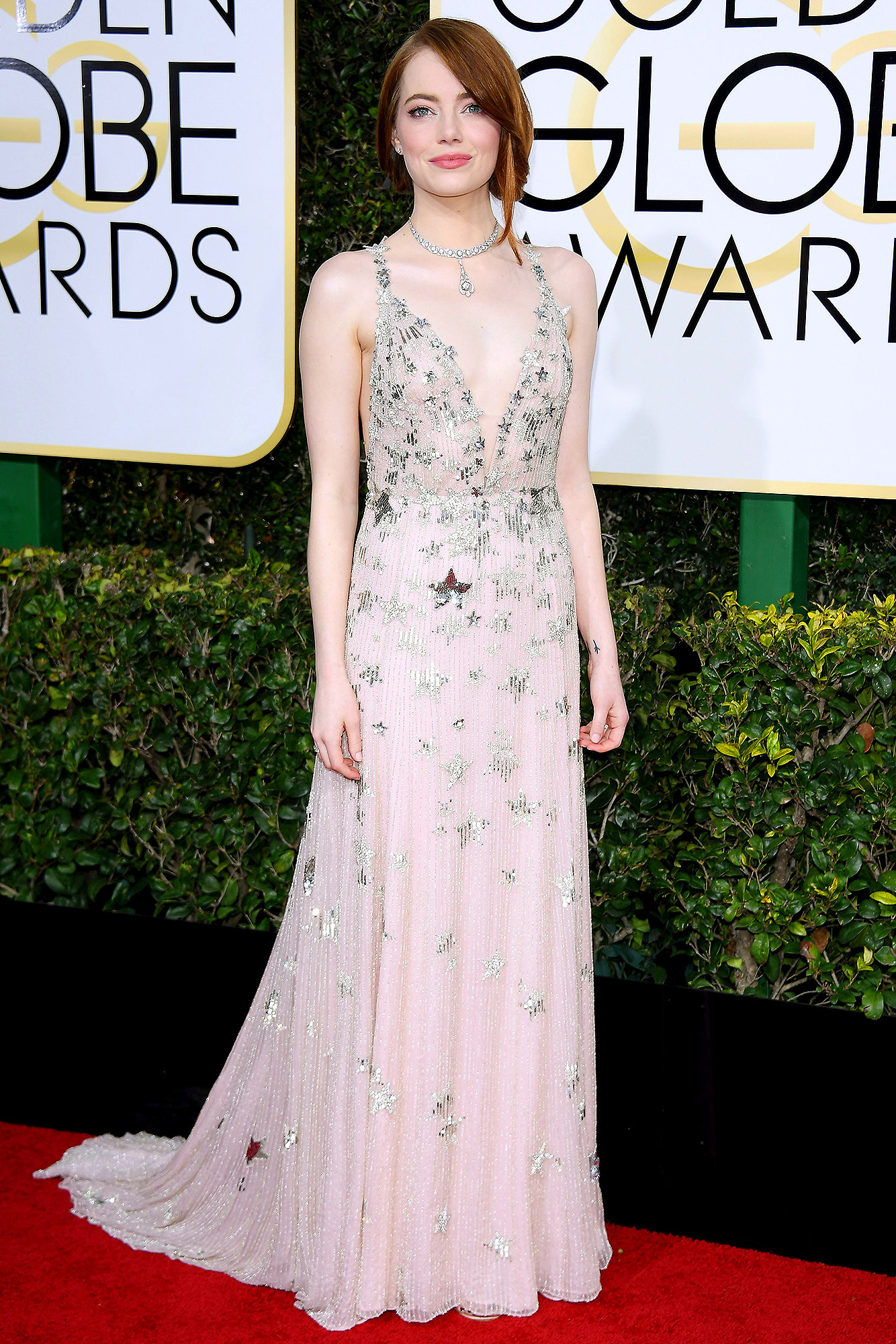 When asked about her dress on the red carpet, Emma playfully replied, “it has stars on it,” and while that might be true, her whimsical gown has so much more. From a plunging neckline to avant garde star appliqués, it’s just the dress little girls dream of wearing when they grow up. Though if I was her, I would have tighten up my hair more, overall, her looks will leave you captivated without even you realizing it.
4. Amy Adams in Tom Ford 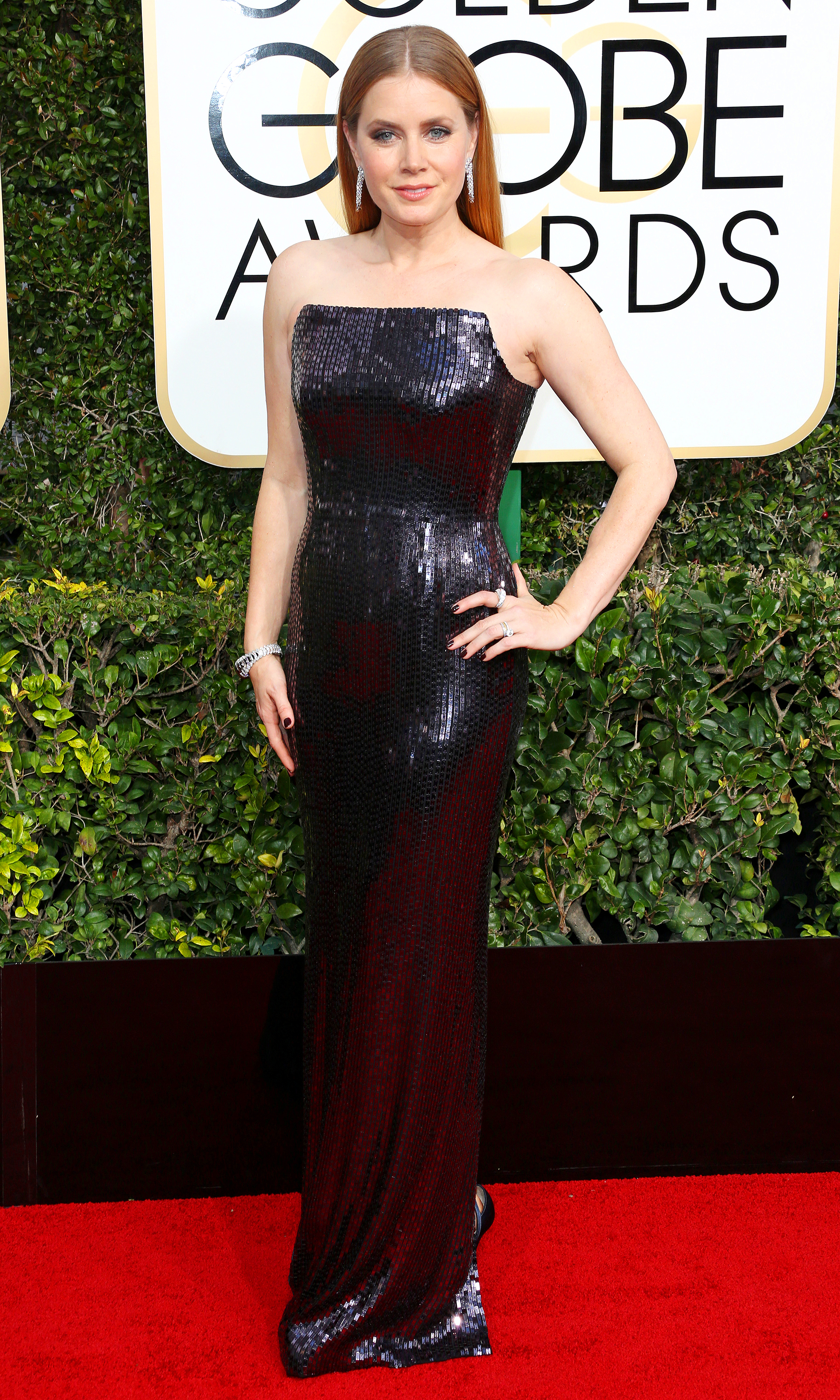 This fabulous strapless number is by Tom Ford, the designer/director who directed her in Nocturnal Animals. While it’s no surprise that Ford’s leading lady donned a gown of his creation, the practicality of this dress stands out. And the dress’ flattering silhouette (strapless and nipped on the waist) complements her body shape perfectly. Adams has never looked more regal, and dare we say, fierce, as she does in these black sequins. Also, do I need to state her perfect center-parted pulled-back hair, and her glam nude makeup???
5. Naomi Harris in Armani 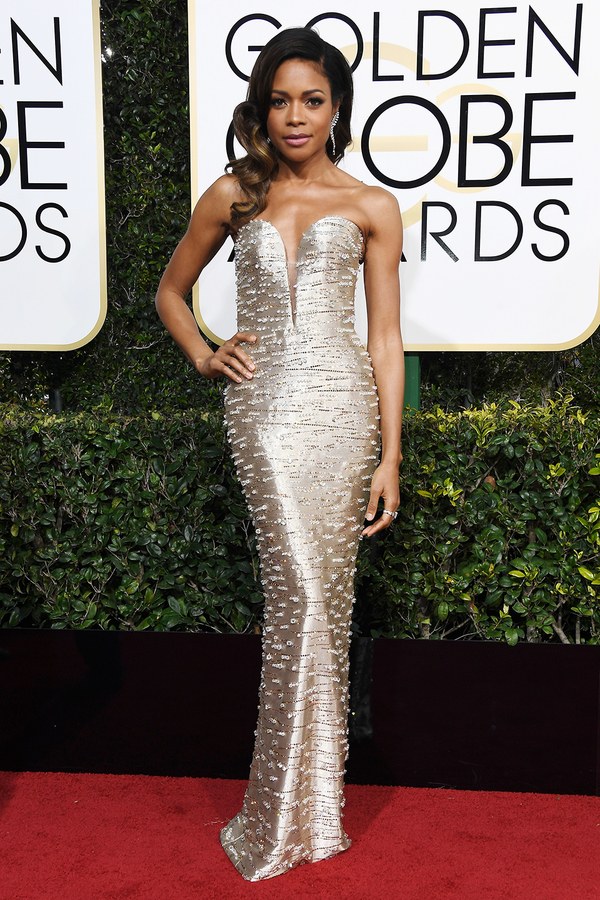 Sparkles and shines are all over the Golden Globes red carpet this year. But Naomi Harris was extremely stands out between others. She hit the red carpet in a form-fitting metallic gown and side-swept wavy hair, for an ultra chic update on Hollywood glam.  Naomie Harris was positively moonlit in a custom platinum Armani Prive silk column encrusted with crystals, while the color of her dress, which is warm gold, enhanced her skin tone and brightens her whole look.